The essential traits that have influenced his poetic have to be found in his scientific modus operandi blended with a love for humanities. An attentive observation of the work leads to the intuition of a temporality unrelated to history and single cultures.The images become the visible and partial fragments of an invisible and vast reality; they are expressions of poetic energy murmured through the lightness of forms and subtlety of colors. Slowly, an almost crystalline solidity of the backgrounds emerges, the fine research for the posture of the bodies, the randomness of a veil or of a crease of the skirt… The tresses are reminiscent of algae, floating anemones, spiral volutes, and acanthus-adorned capitals… Then, there are the veils. They appear to drop from the sky, pierced by a gleam that alights and overflows like water on a riverbank.

The Ancients teach that Nature loves to hide.
The event unfolds at the heart, the very depth of the work. As we immerse ourselves in an emotional universe, it is incumbent on us to weave threads together. Our task is to lift the veils, to search for a secret path, an unveiling.

Vasapolli’s research unifies art and reflection, imagination and reality, space and bodies, in an attempt to give expression and shape to something mysterious that escapes words. 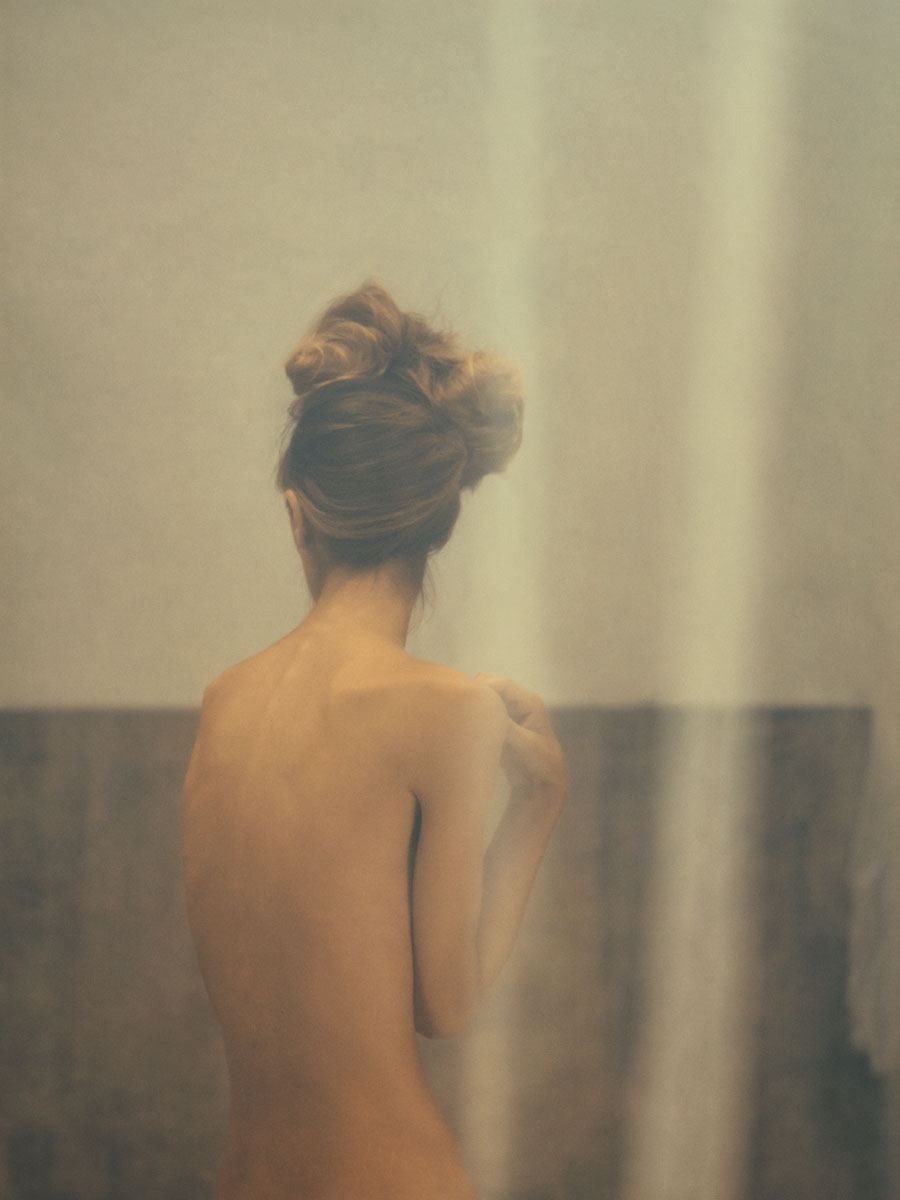 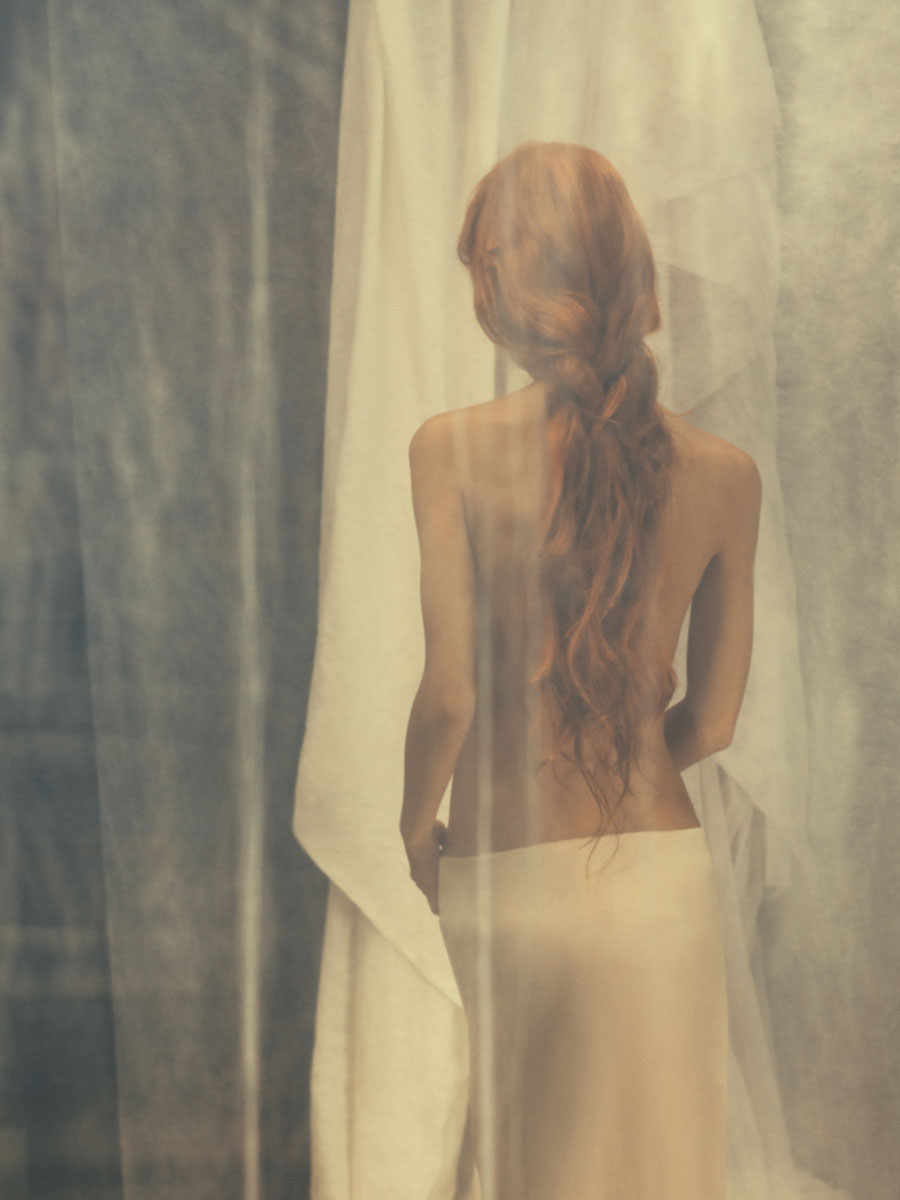 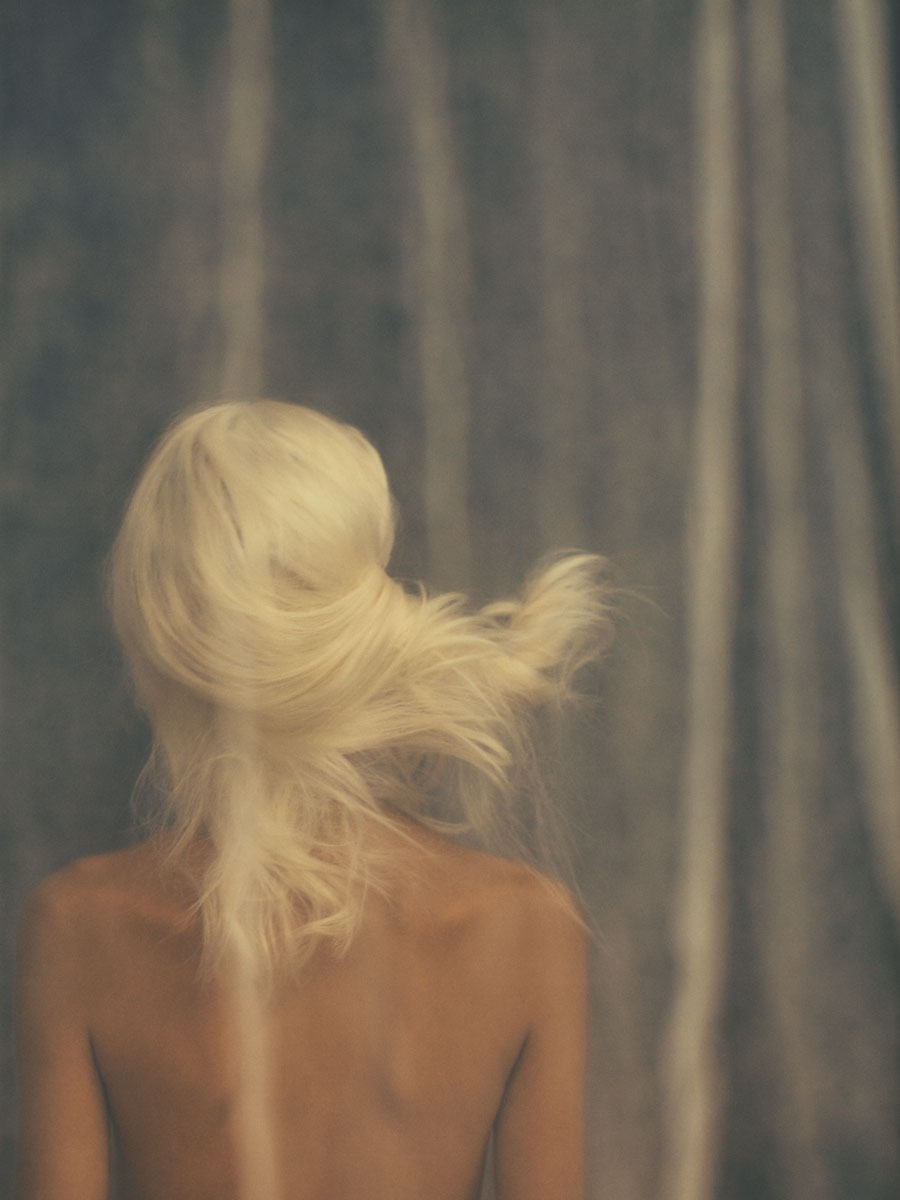 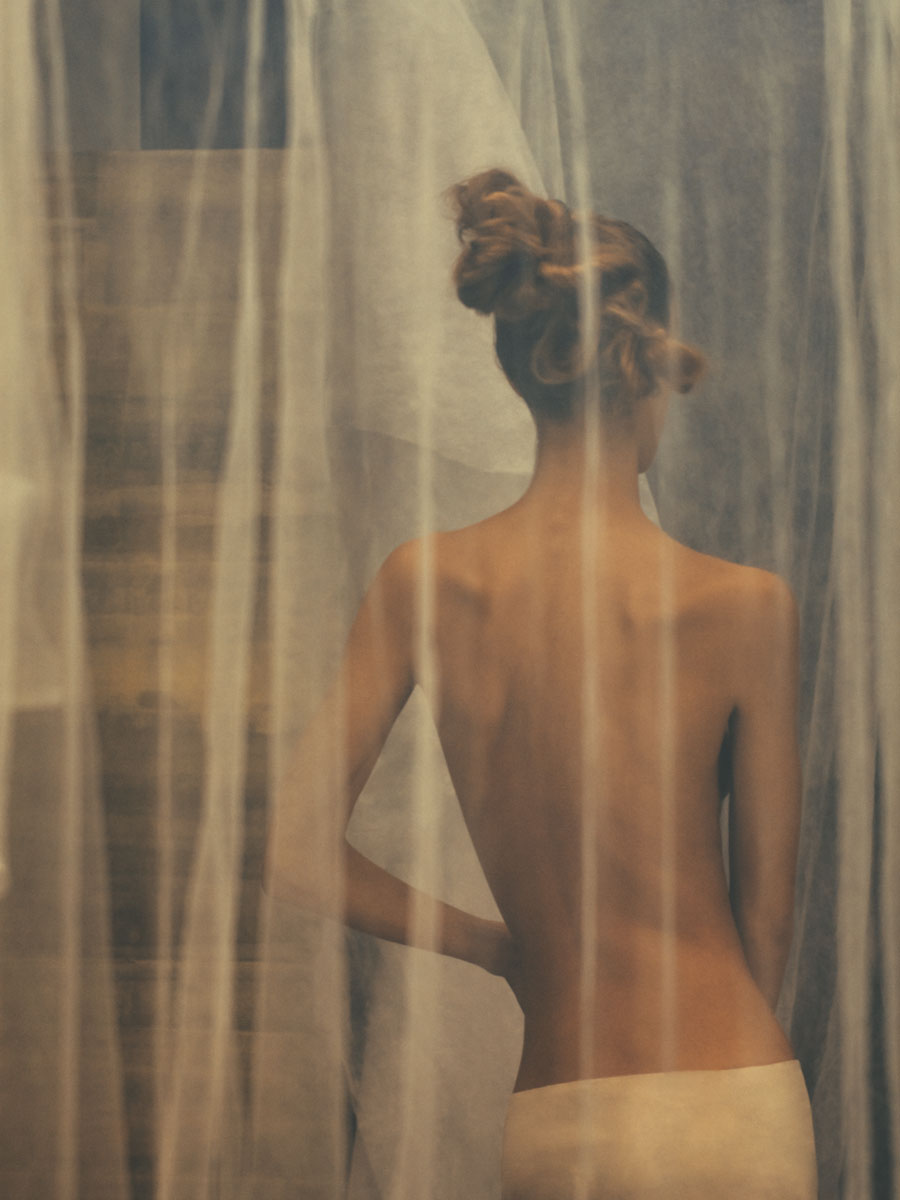 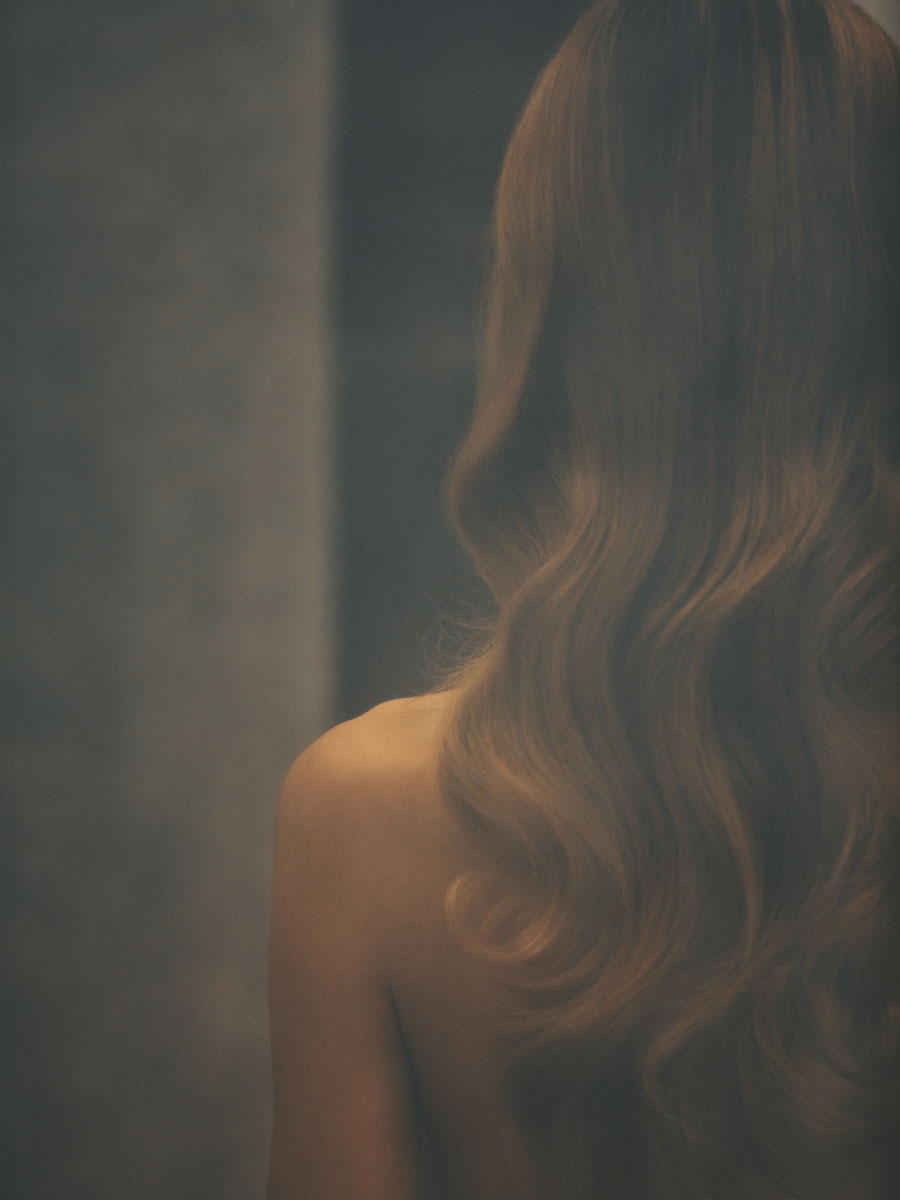 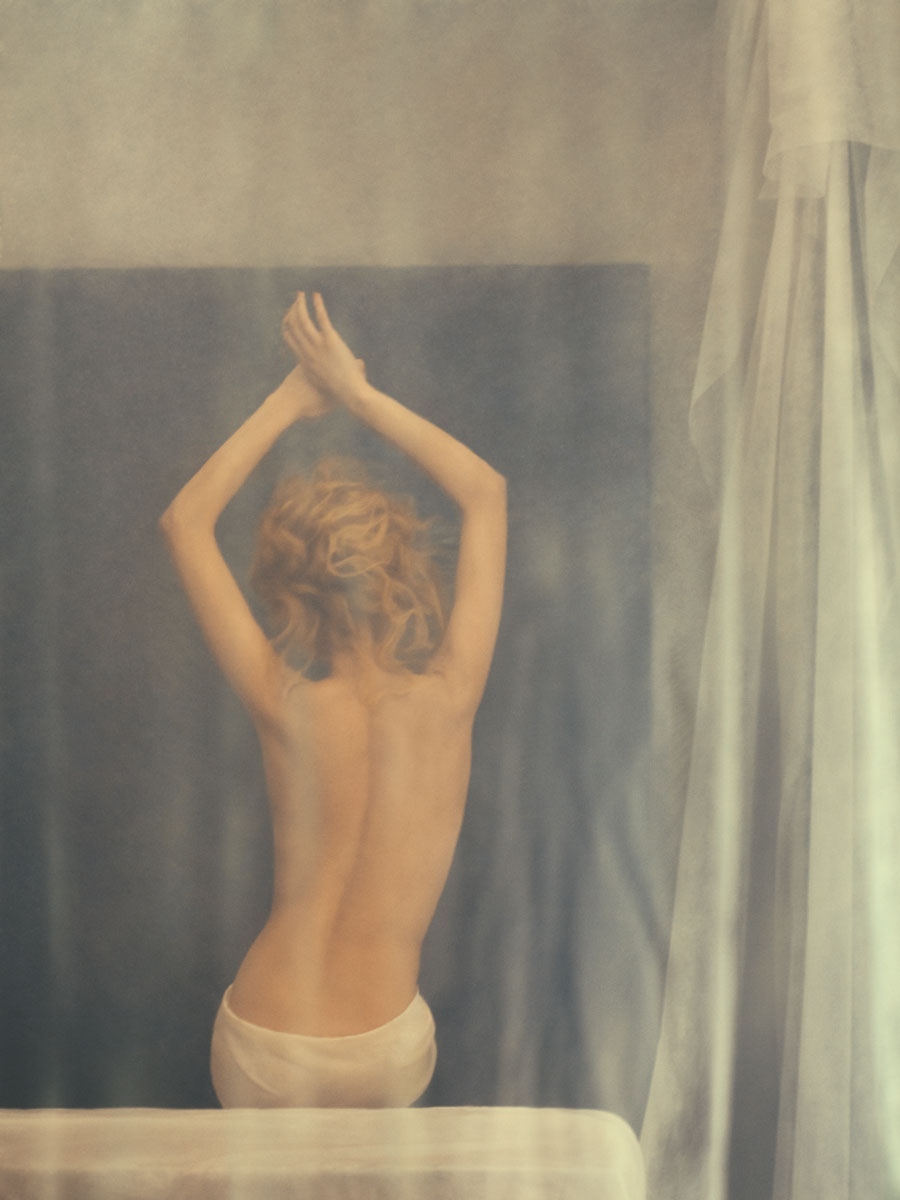 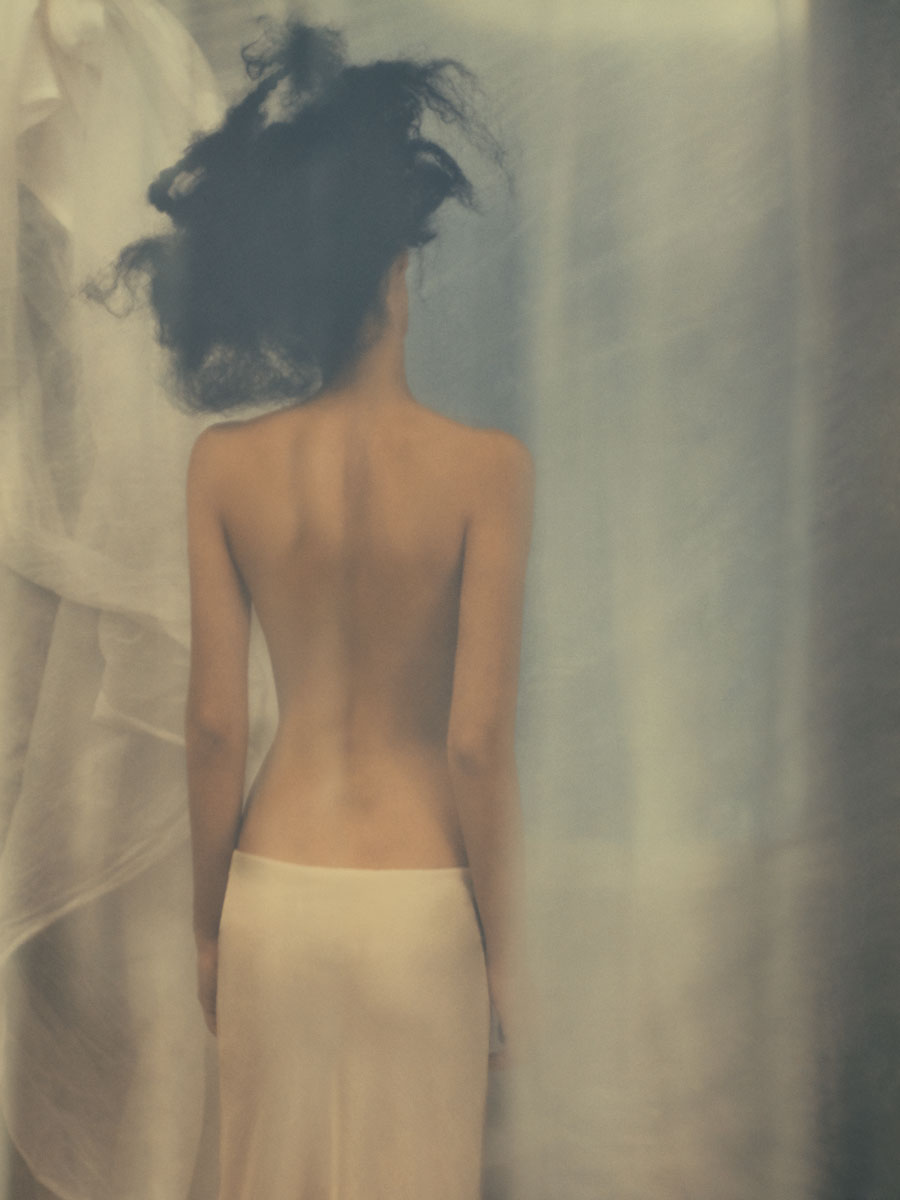 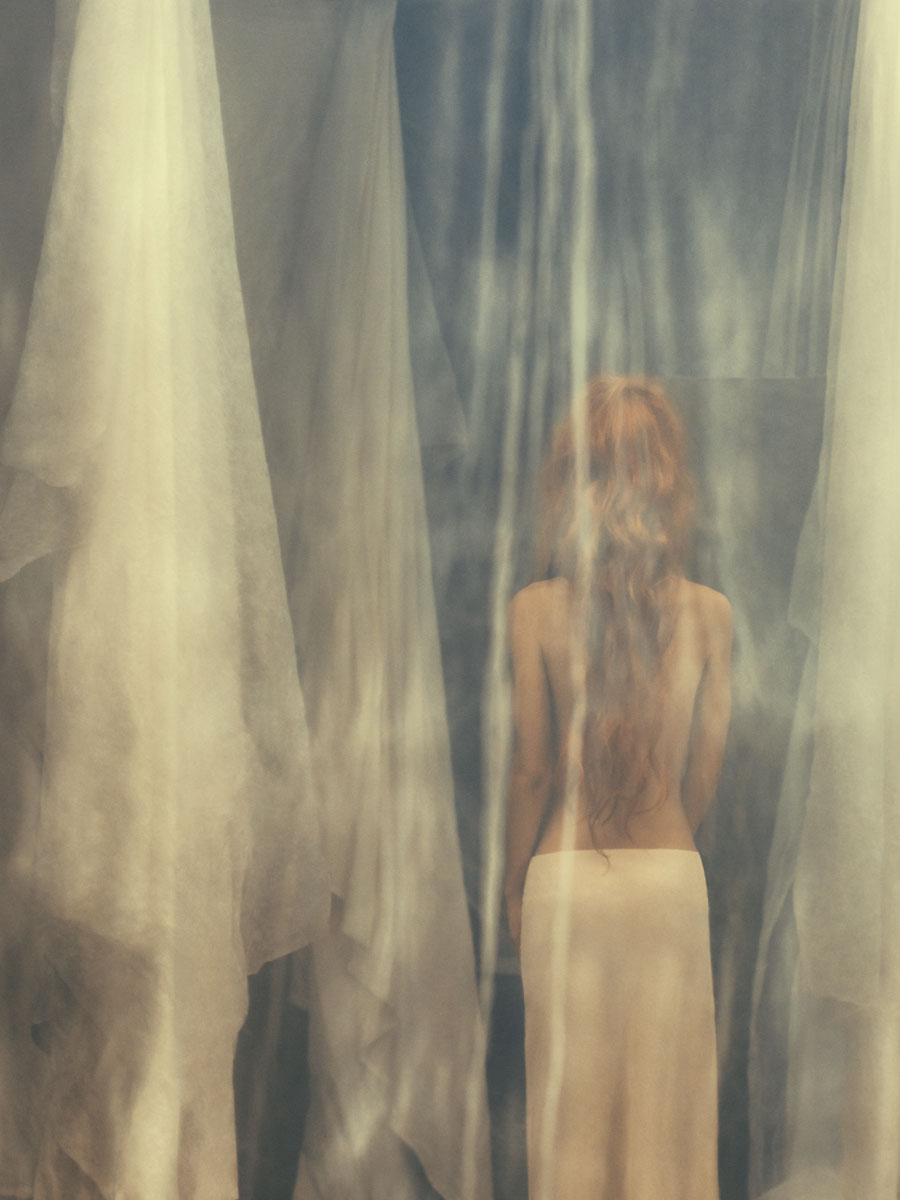 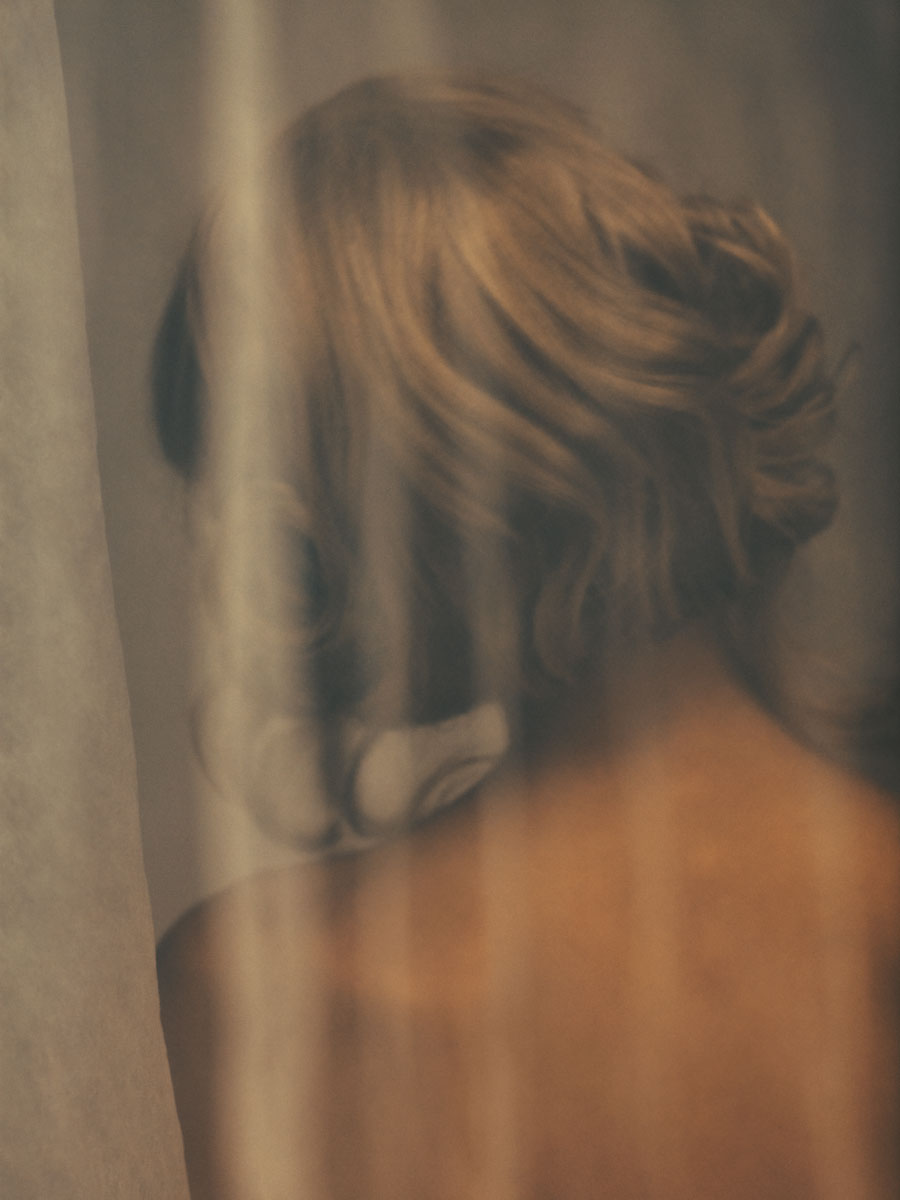 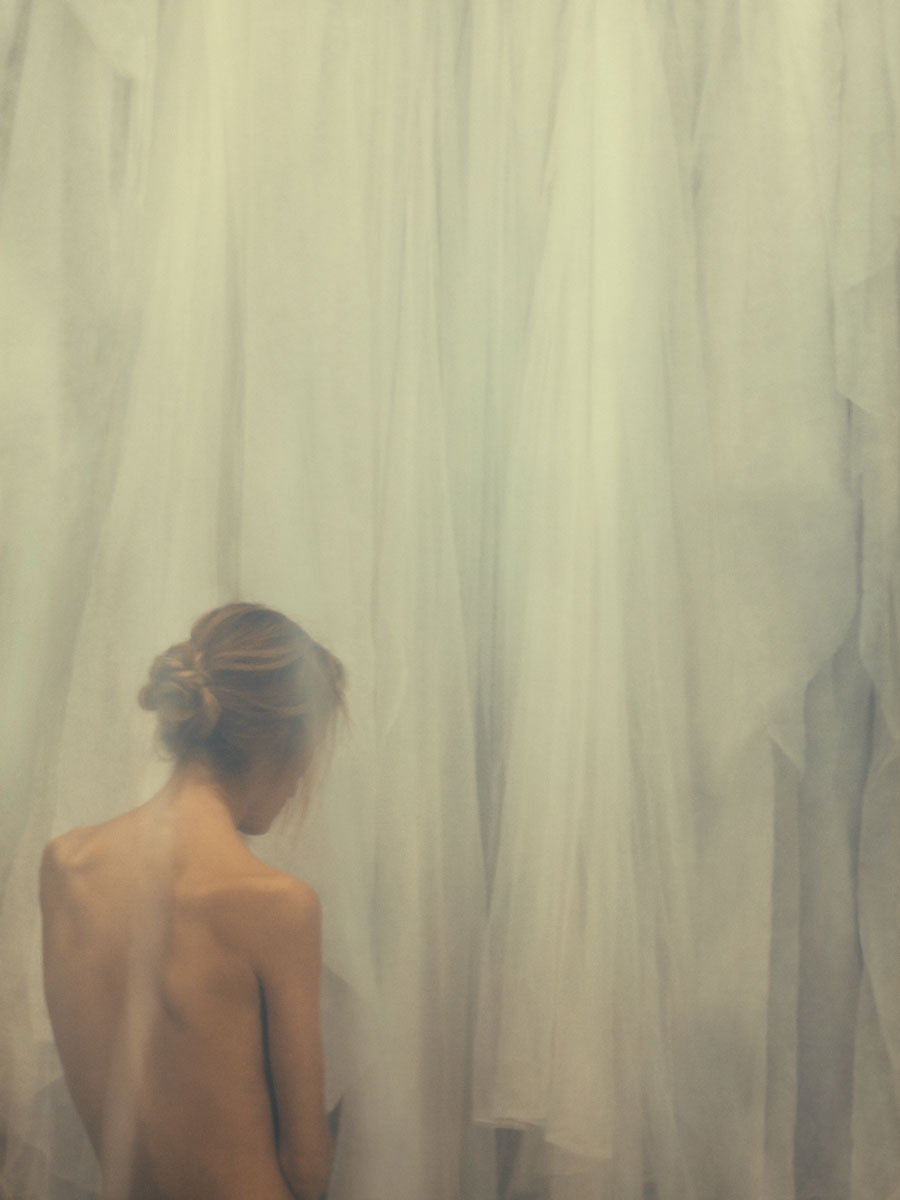 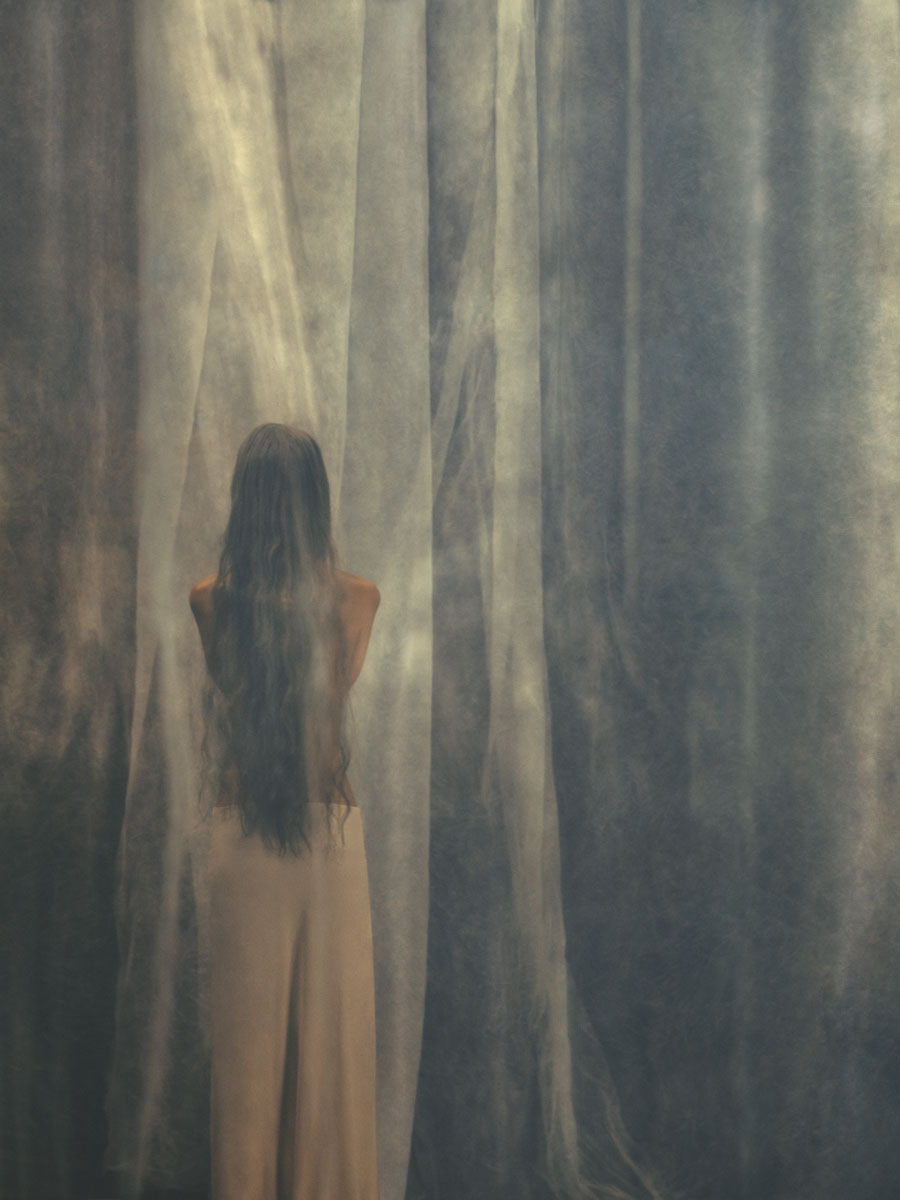 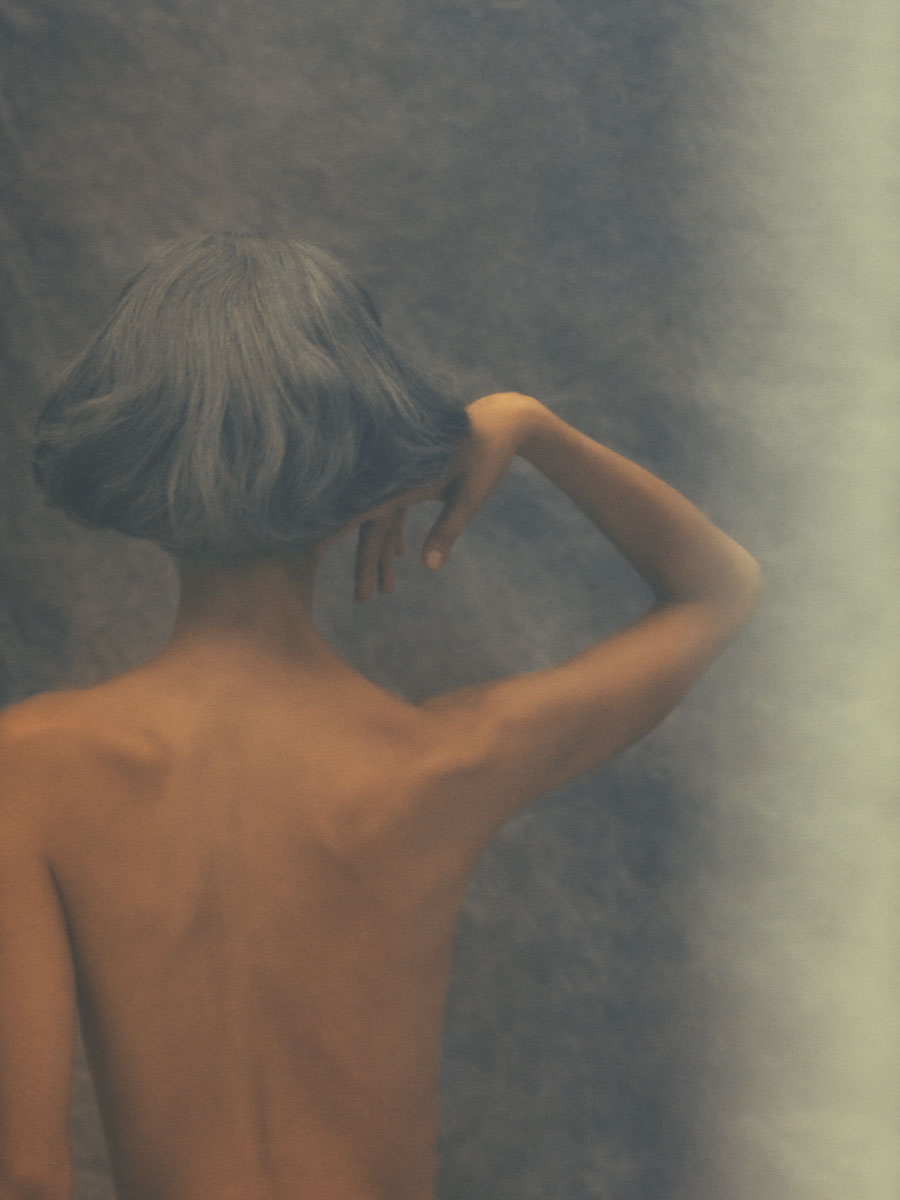 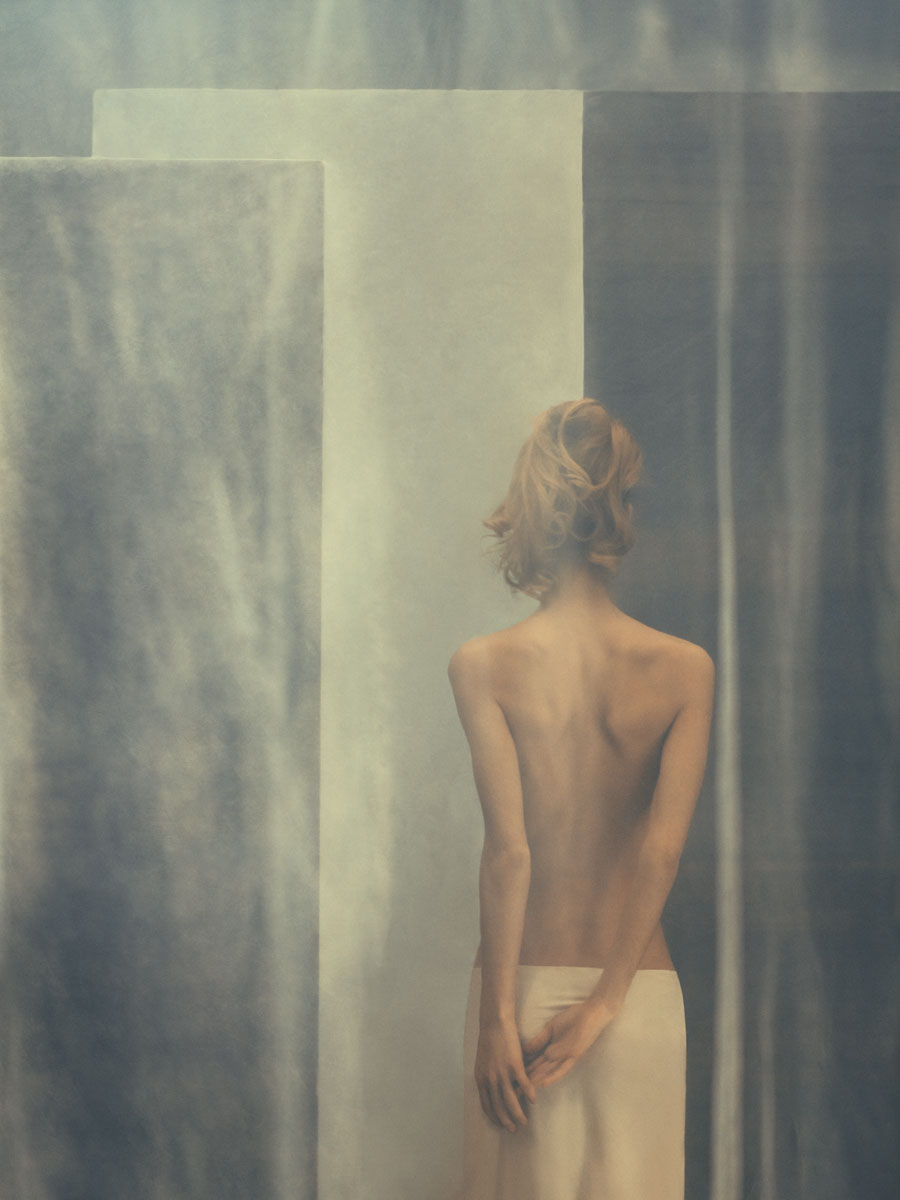 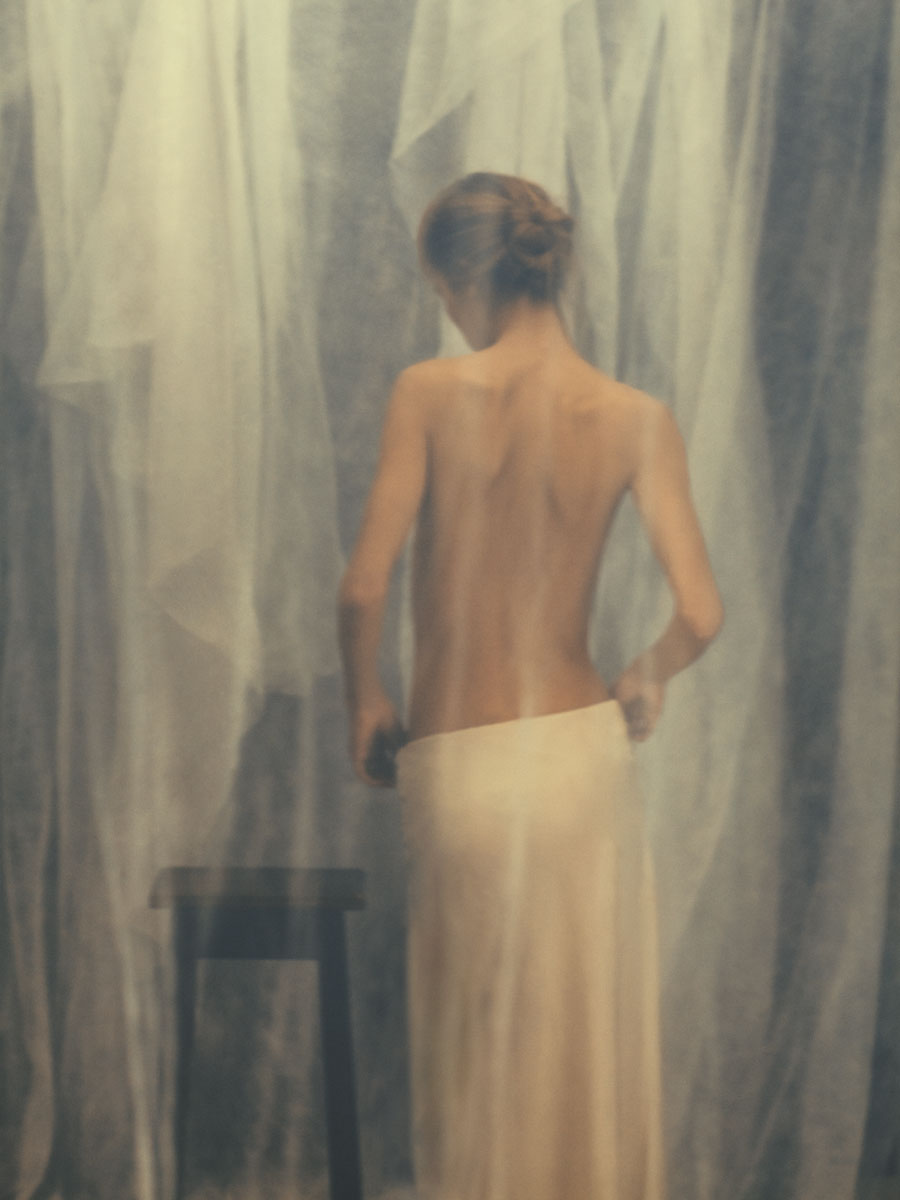 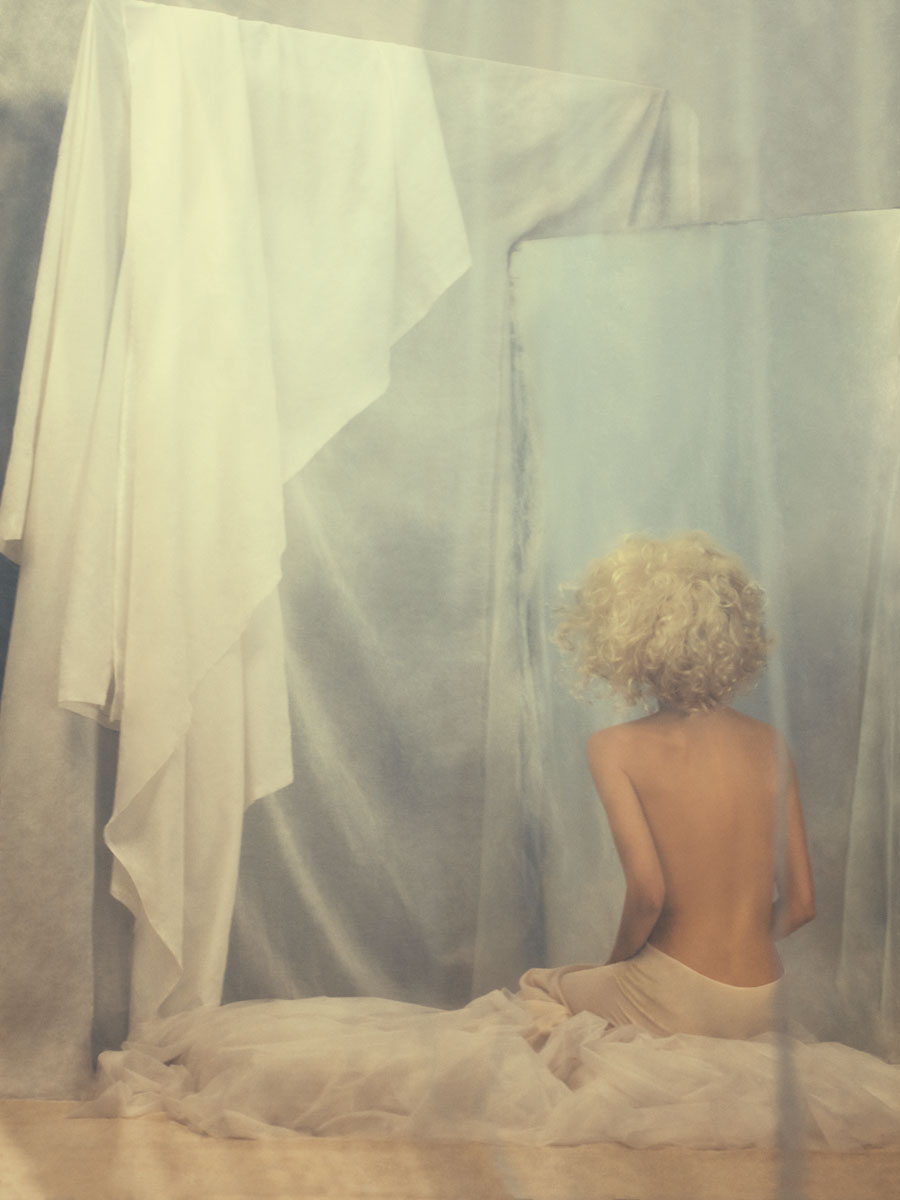 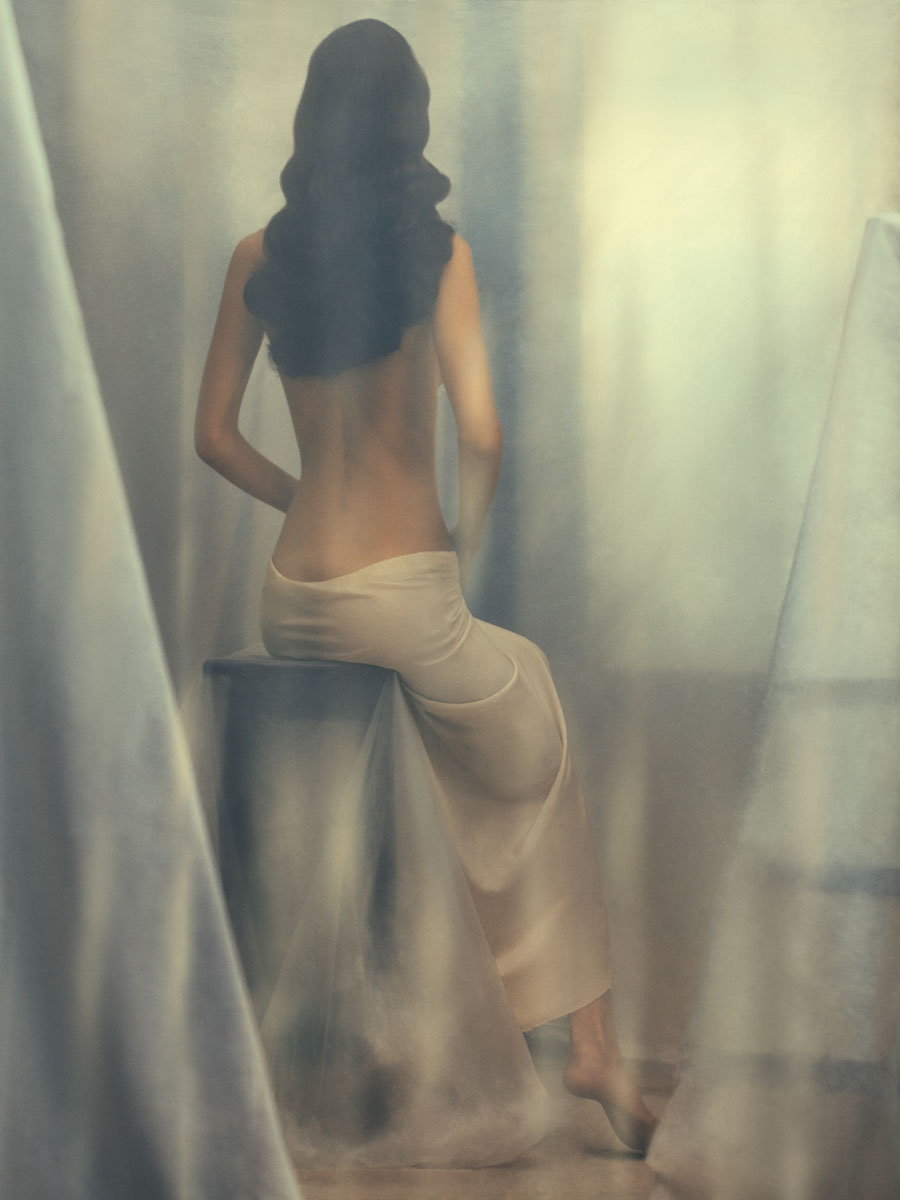 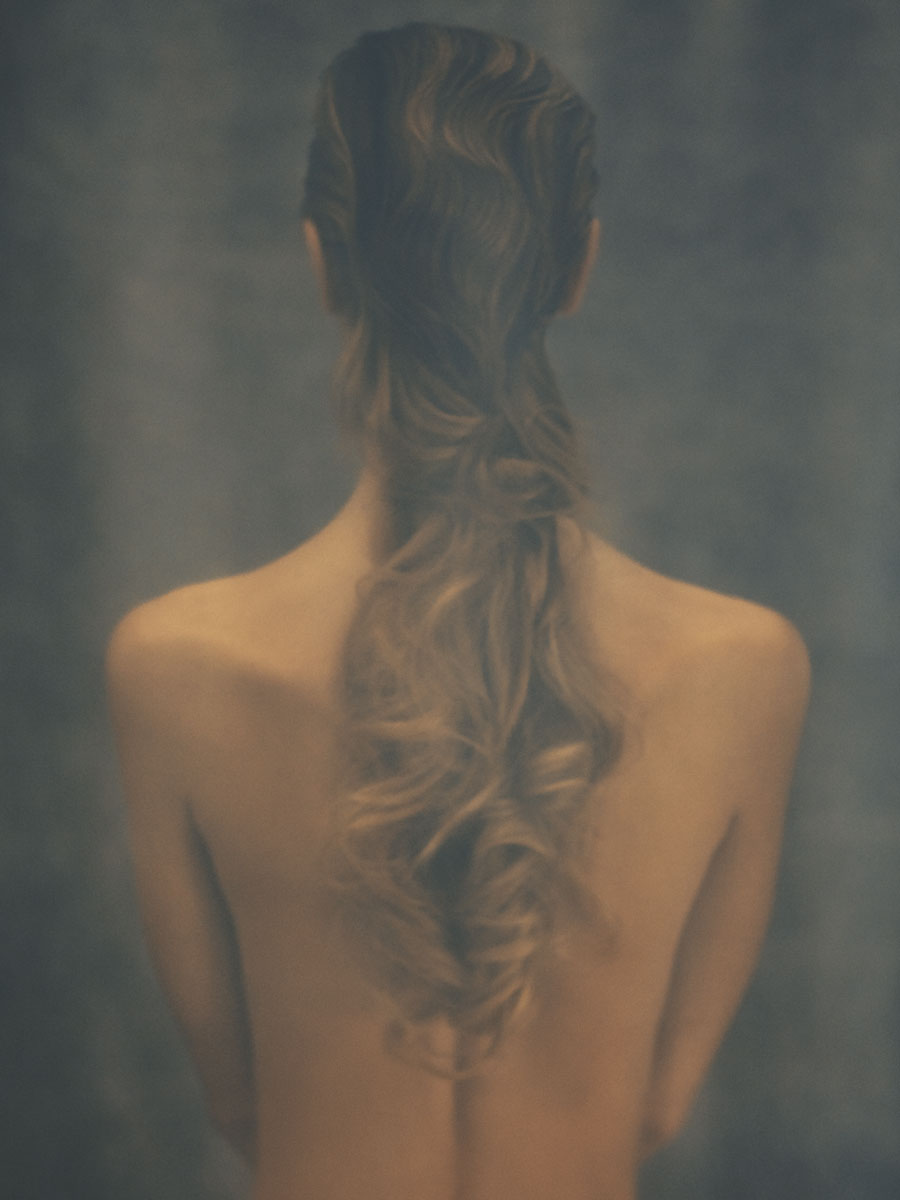 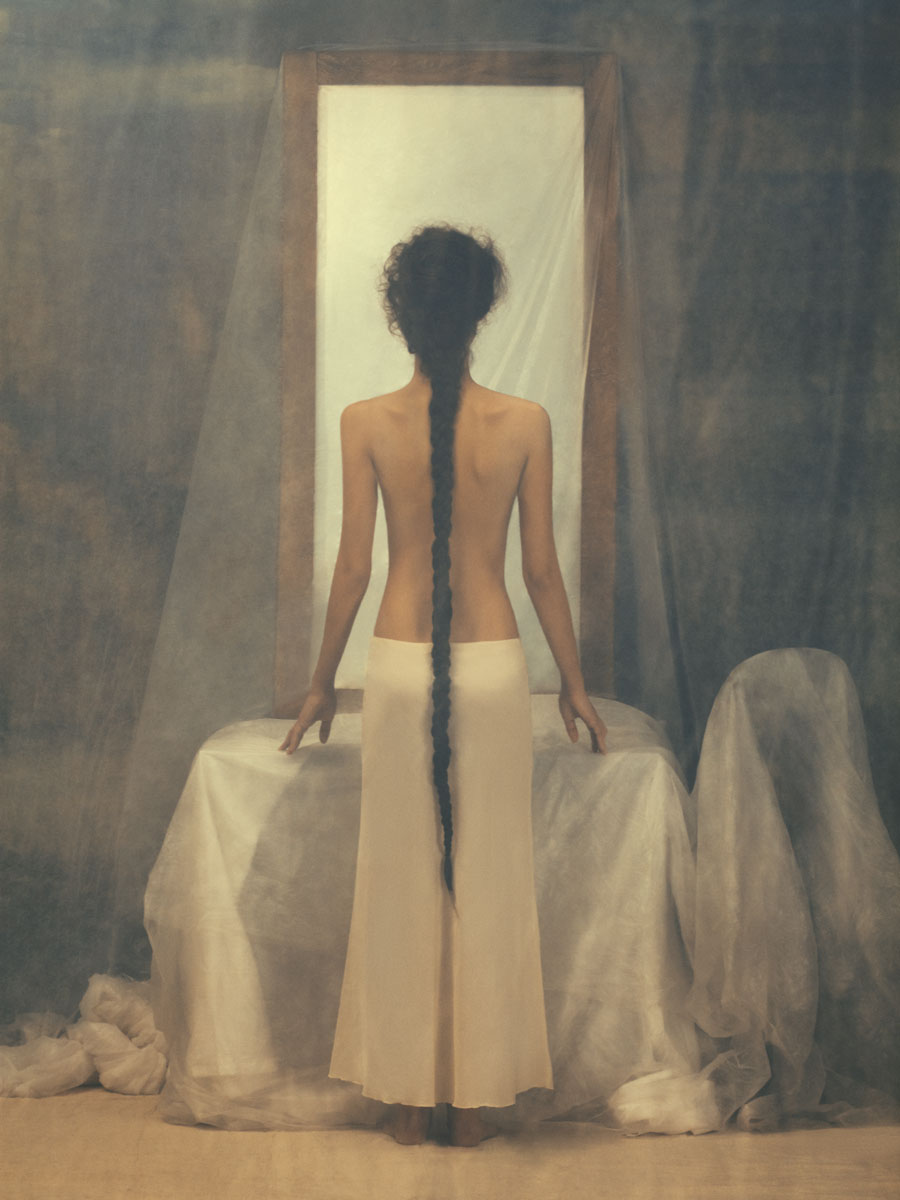 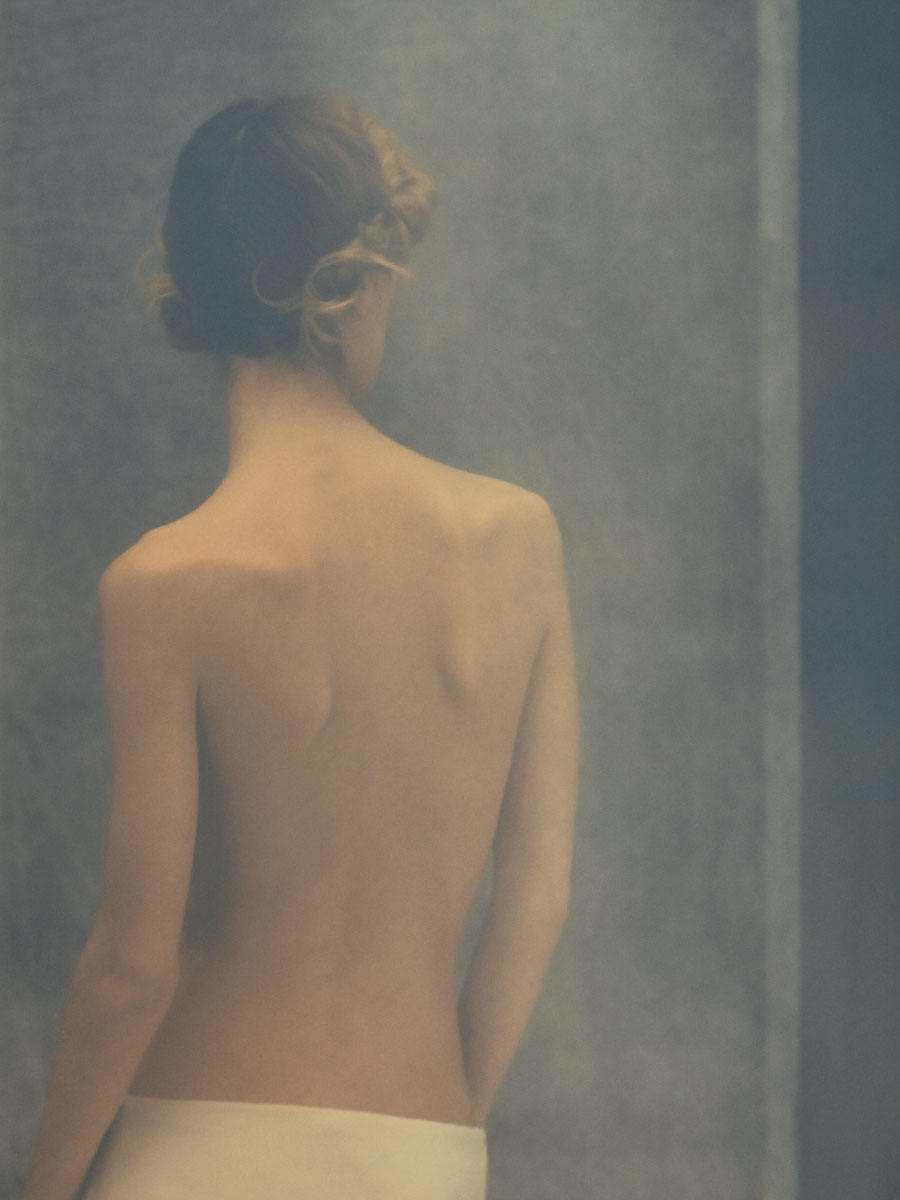 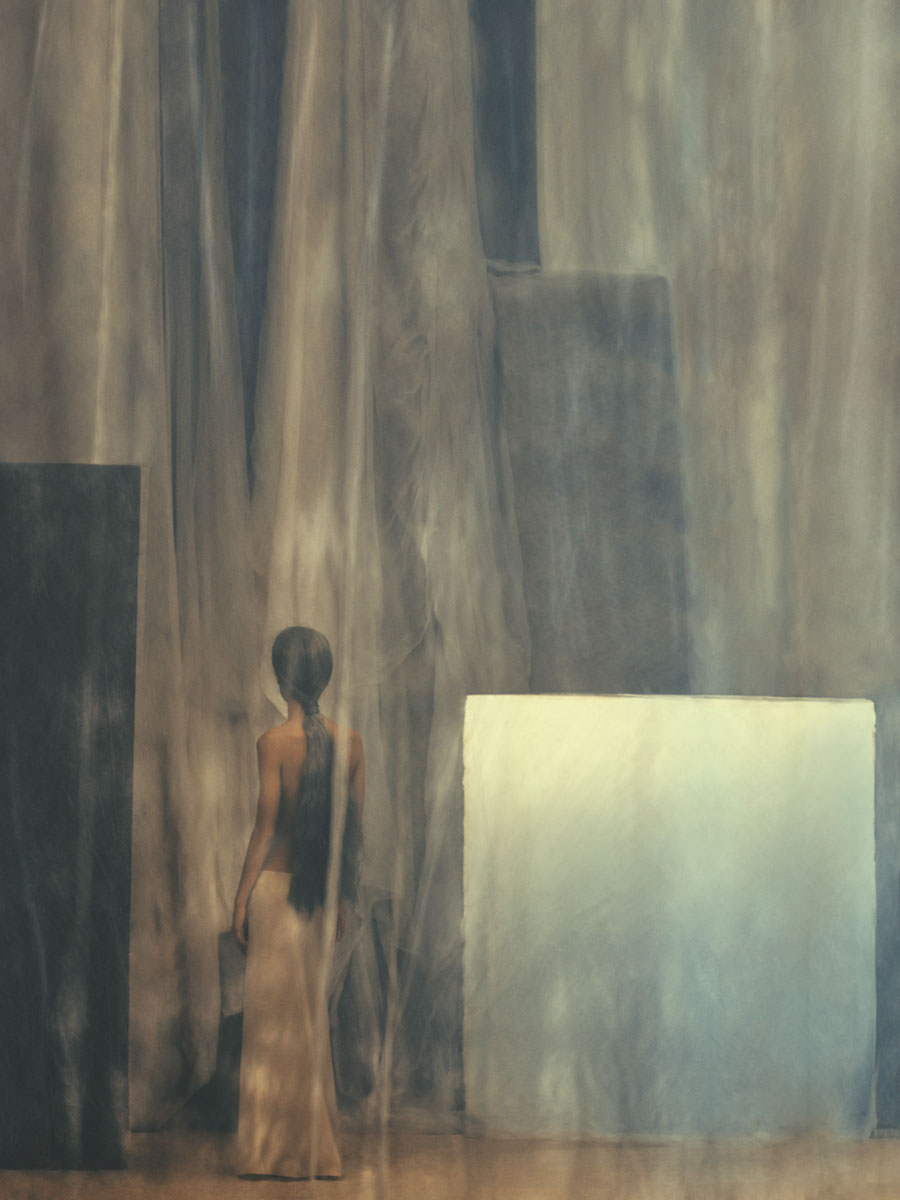 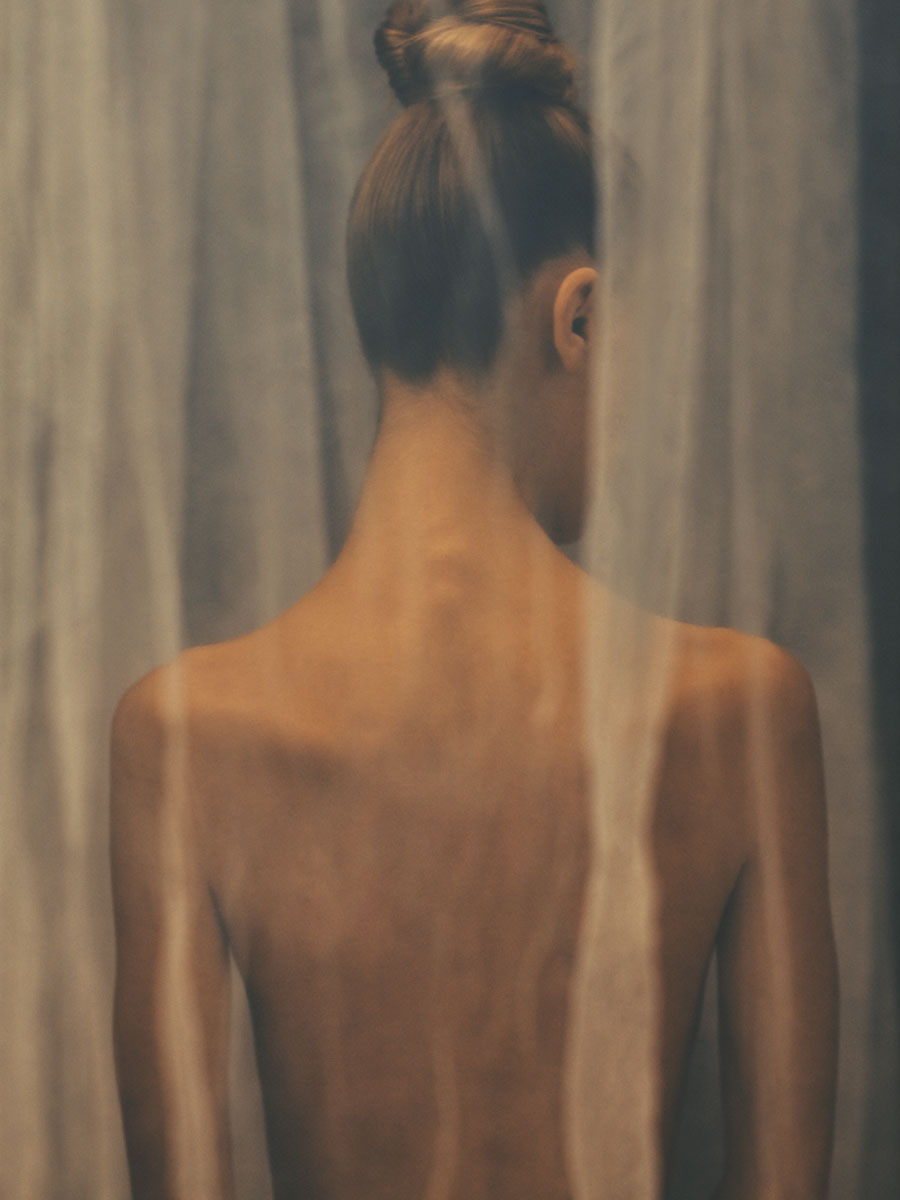 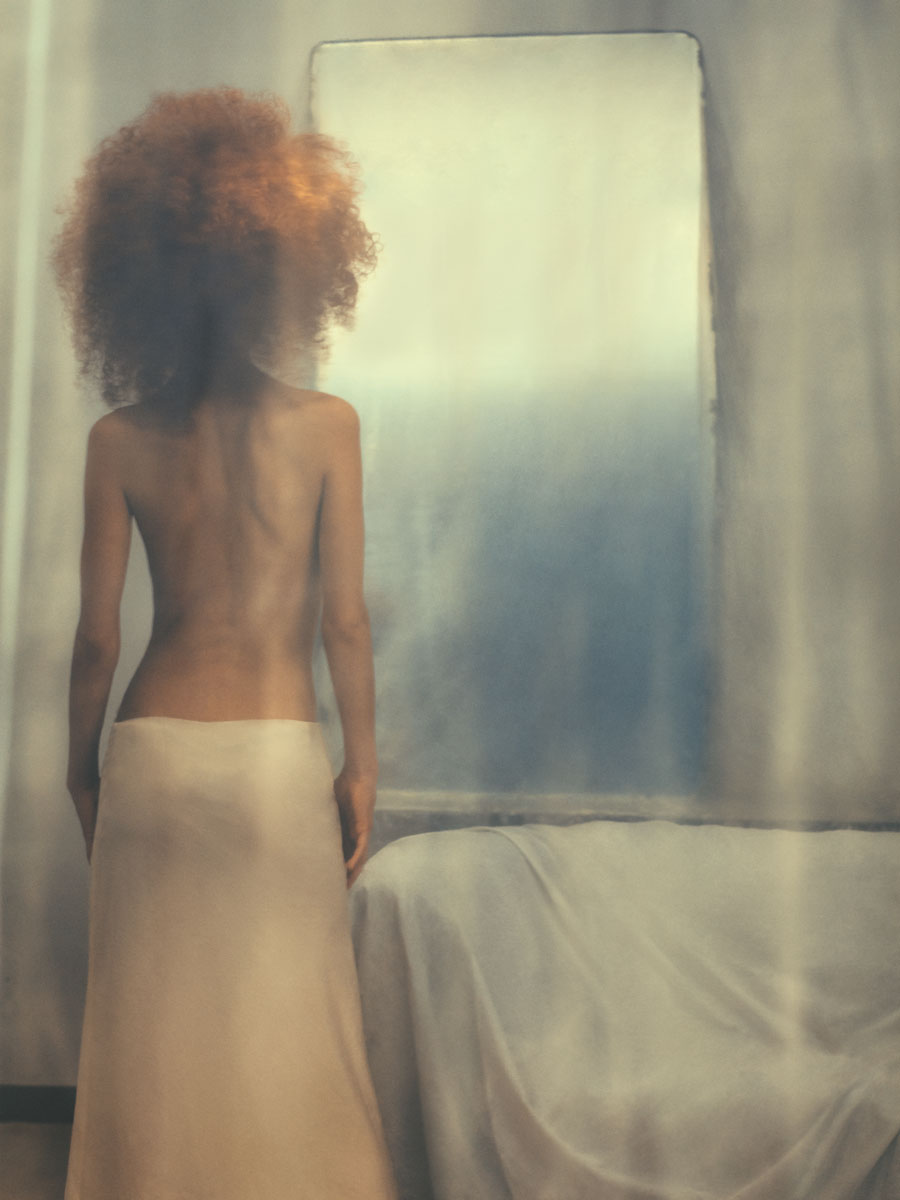 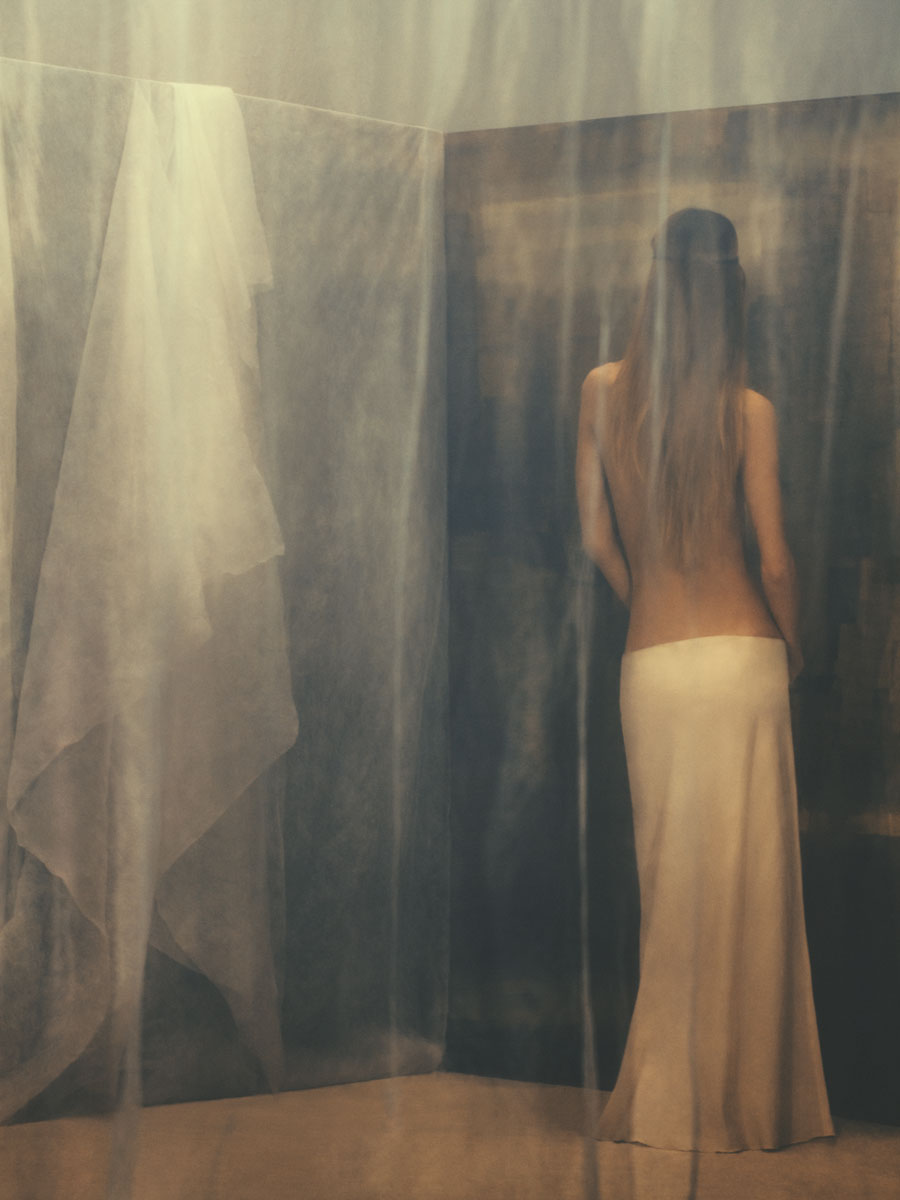 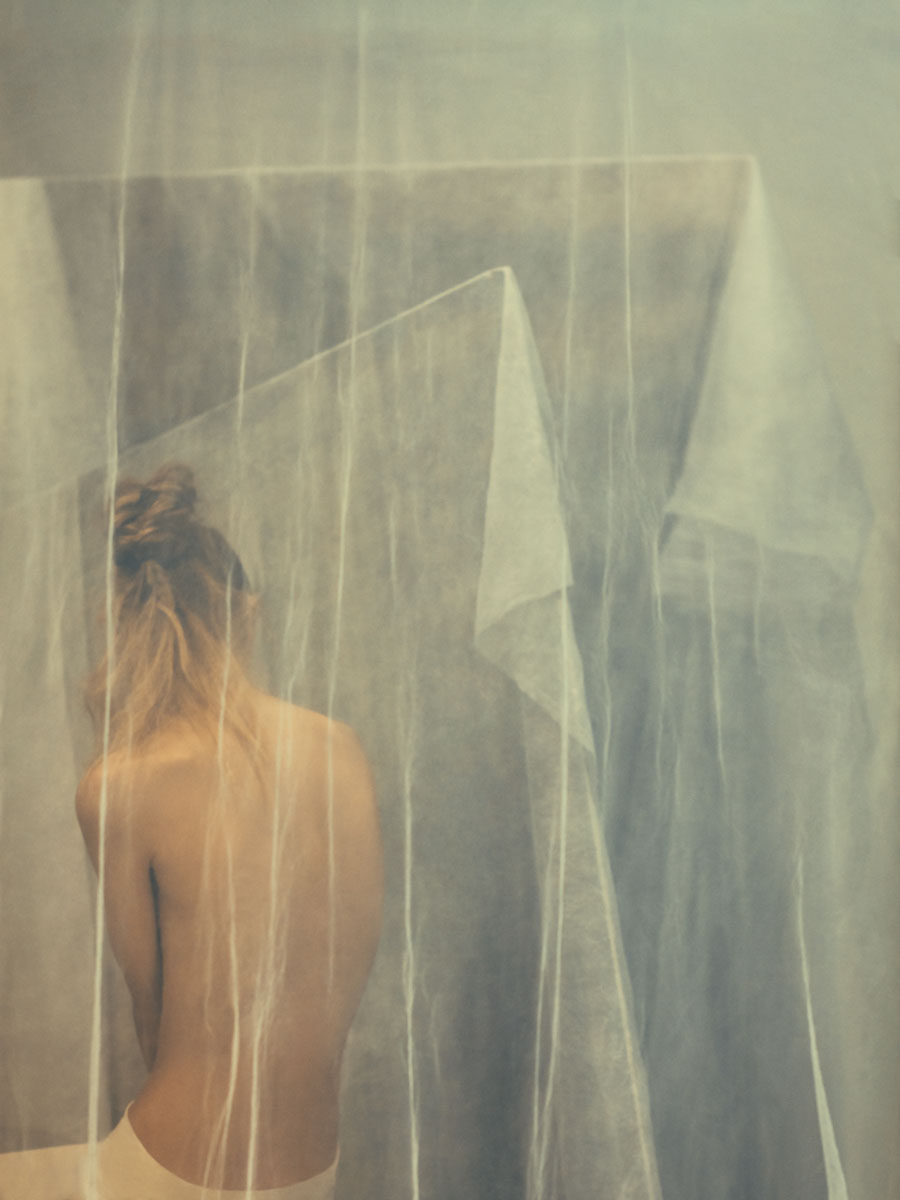 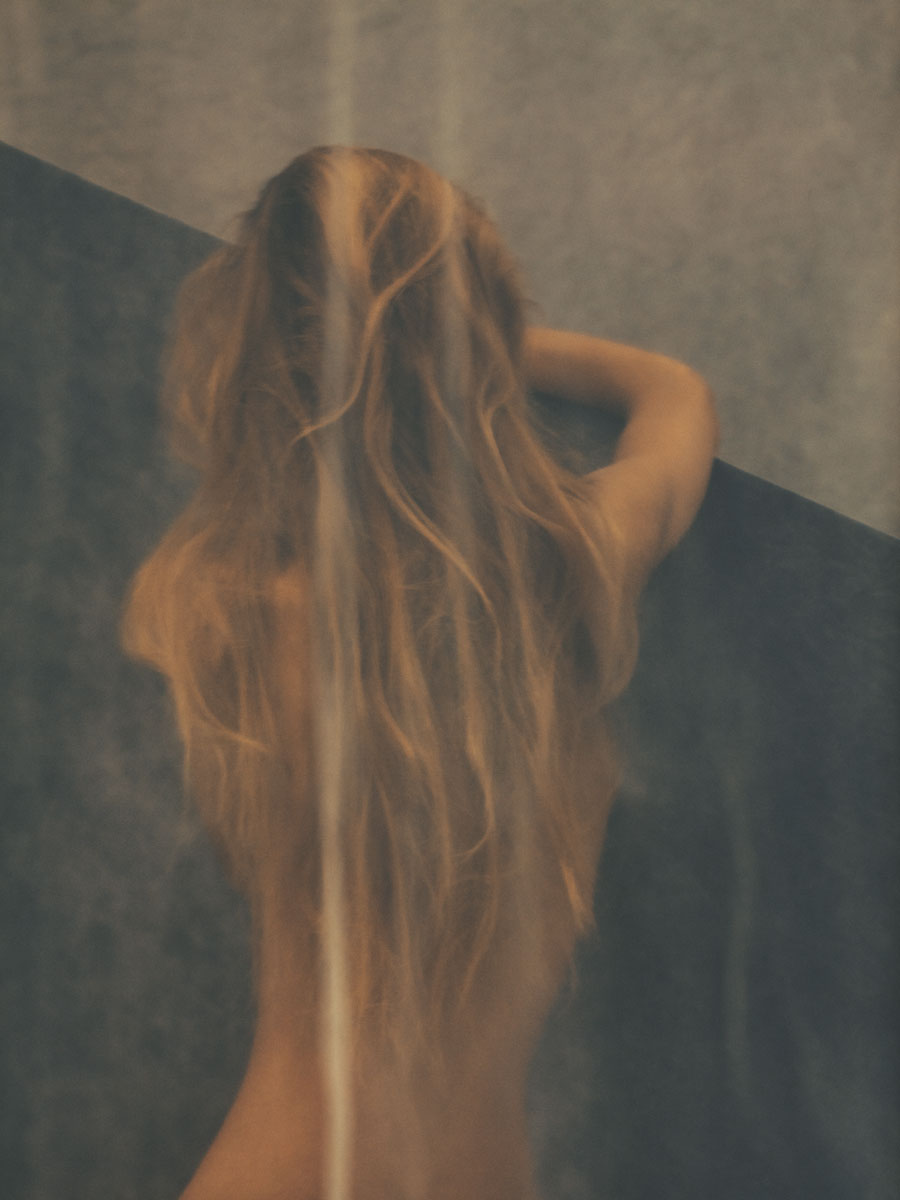 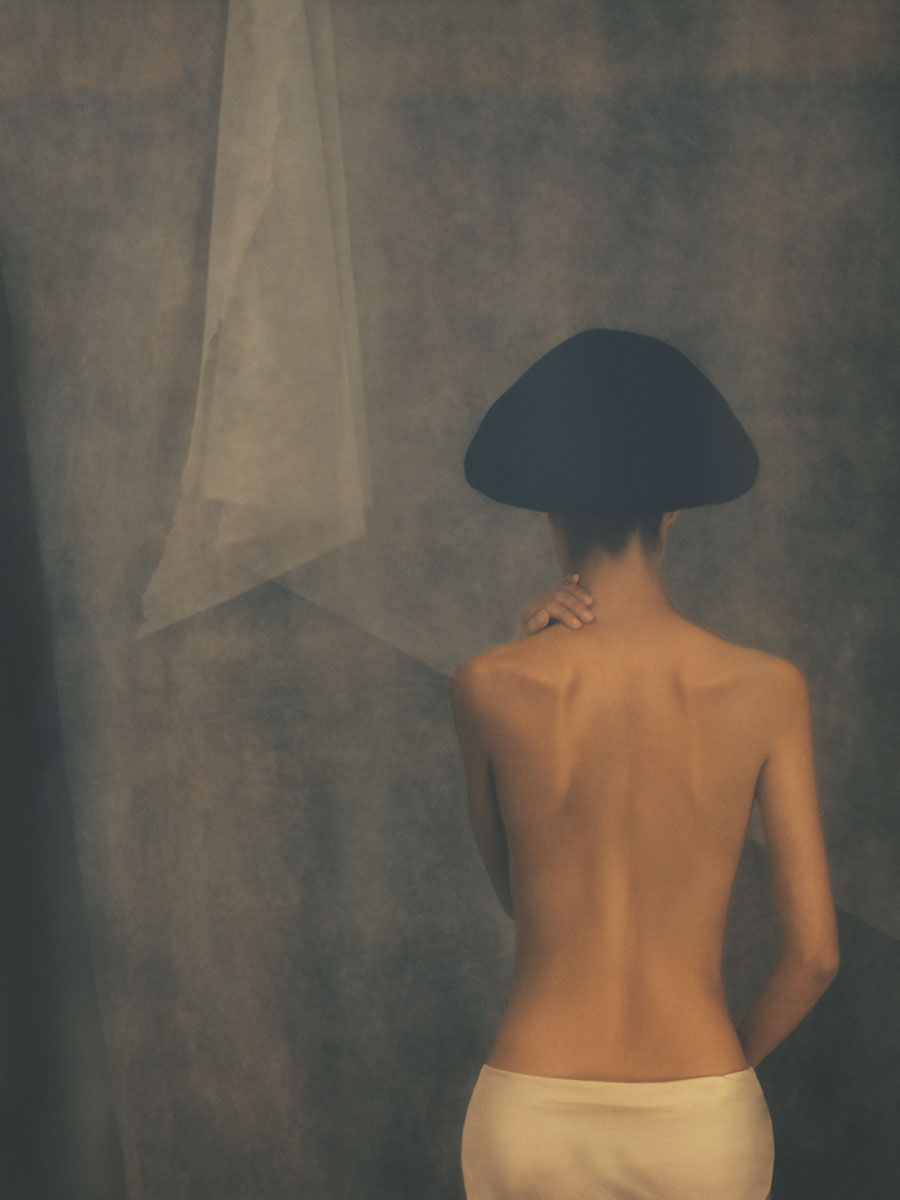